The East Orlando Chamber of Commerce Advocacy Advisory Council is assembled to advocate for pro-business issues relevant to the business community located in the East Orlando area, the Greater Orange County Region and the State of Florida. The Council provides recommendations to the Board of Directors and develops communications to lawmakers and membership about potential action or policies.
The members of the Advocacy Advisory Council follow structured guidelines to ensure all issues and topics are vetted prior to presenting the recommendations to the Board of Directors for final approval. Referencing the Florida Chamber of Commerce’s six pillars as the foundation, the council utilizes an application and review process to ensure issues correlate with the pro-business positions of the Chamber. 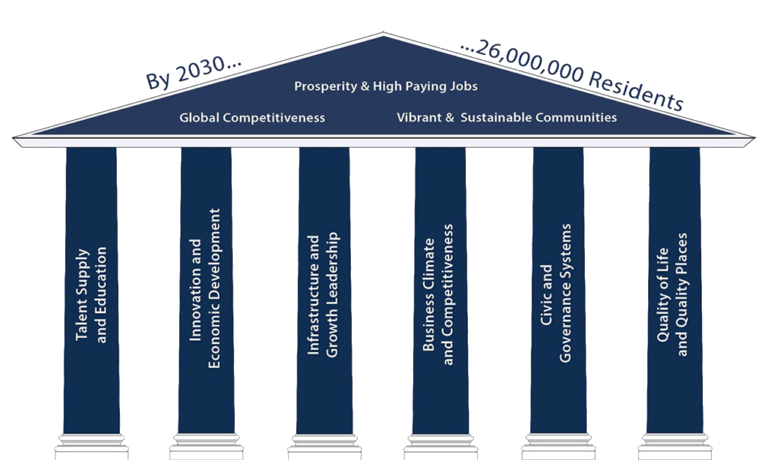 Members of the council will review each proposal. If the proposal passes these initial requirements, a council member will be assigned to review the pro aspects of the proposal while another member will review the cons. These findings will be presented at the next Advocacy Advisory Council meeting for review, discussion and a vote. Council members will follow this format to present issues to the council for a vote:

All approved issues will be compiled into one agenda slate for approval by Board of Directors vote. A Majority Vote 50%+1 of present Board Members will approve the agenda. The approved agenda will be posted on our website and shared with members and legislators at the local and state levels.
Local Issues (Orange County & City of Orlando)
Requests must adhere to same format and procedures and can be introduced throughout the year. Issues will be reviewed and presented to council members at the discretion of the Council Chair.